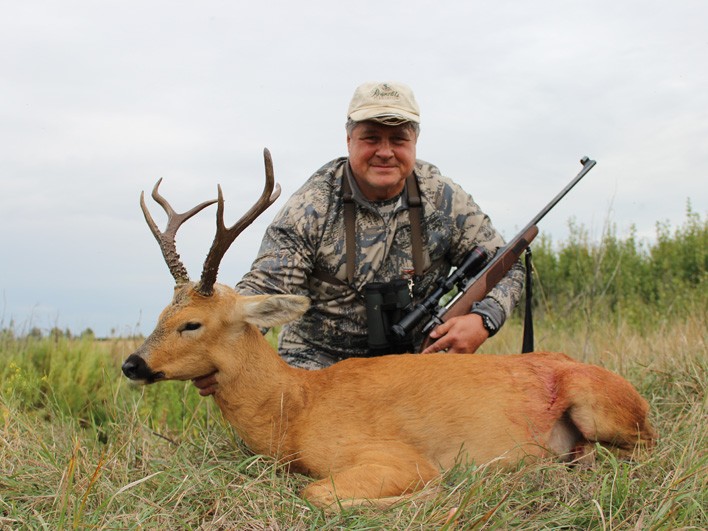 Russia is the world’s biggest country with an area exceeding 17 million sq. km (6.5 million sq. miles). It occupies the east of Europe and the north of Asia, neighbouring 16 countries and having world’s longest land border about 60,000 km (over 37,000 miles). A quarter of world’s forests are concentrated in Russia, which is more than in any other country; their wide tracts stretch continuously from the western borders till the Pacific Ocean. Russia’s coasts are bathed by the waters of 12 seas; the country has dozens of thousands of rivers and about 2 million lakes, among which are the Caspian Sea, the biggest lake in the world, and Baikal, world’s deepest fresh-water lake. Among many other abundant game animals is a graceful Siberian Roe Deer which inhabits Kurgan region of Russia.

European Bear: August-November (the season may vary in different regions)

Caucasian Chamois: August 1 – November 10 with the optimal period from September 1 to October 15