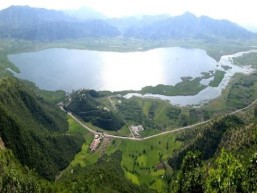 The Lake is one of the amazing tourist attractions in Kurdistan Province, situated at an altitude of 818 meters (2,683 feet), it has remained a tranquil spot.
More 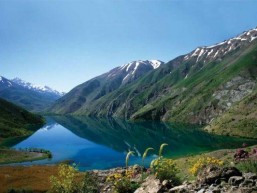 The Gahar Lakes are called "The Jewel of Mount Ashtaran," and are considered as two of Iran's most stunning lakes. There is a no hunting/fishing policy in the vicinity of the lakes. The best way to get there is to hike.
More 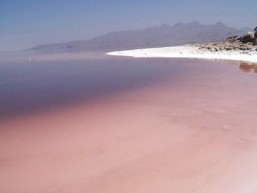 Urmia Lake is Iran's largest and the world's third-largest salt lake. Lake Urmia is home to some 212 species of birds, 41 reptiles, 7 amphibians, and 27 species of mammals, including the Iranian yellow deer...
More 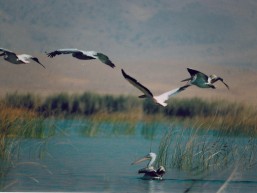 Parishan Lake, also known as Lake Famour, is situated southeast of Kazeroun in the southern Province of Fars. Without a doubt, it is one of the most beautiful places to visit. The lake is calm and quiet throughout spring and summer, but in autumn the winds
More 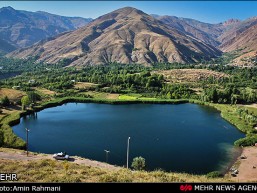 Evan Lake, in the Province of Qazvin, is situated in the historic Alamout area, home to the world-famous Alamout fortress, which was once the headquarters of the Ismaili sect, led by Hassan Sabbah between the 11th and 13th centuries.
More 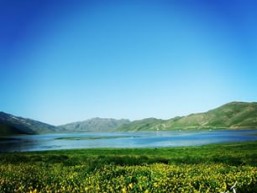 Neor Lake is located in a hilly area south of the Iranian Province of Ardabil, 48 km. southeast of the city of Ardabil, in an altitude of 2,700 m. above sea level. Its depth is approximately 5 meters in the middle. Total area of this lake is about 2,200 m²
More