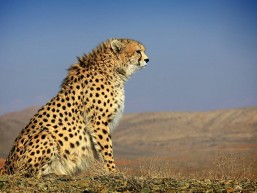 The Asiatic cheetah (Acinonyx jubatus venaticus), also known as the Iranian cheetah, is a critically endangered cheetah subspecies surviving today only in Iran. It used to occur in India as well, where it is locally extinct. The Asiatic cheetah lives main
More 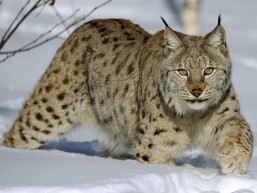 The Eurasian lynx (Lynx lynx) is a medium-sized cat native to European and Siberian forests, Central Asia and East Asia. It is also known as the European lynx, common lynx, the northern lynx, and the Siberian or Russian lynx. While its conservation status
More 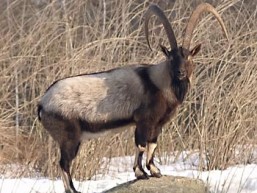 The bezoar ibex (Capra aegagrus aegagrus) is a vulnerable subspecies of wild goat, native to Afghanistan, Armenia, Azerbaijan, Georgia, Iraq, Iran, Russia and Turkey. It has been extirpated from Lebanon. They were also introduced to the Florida Mountains o
More 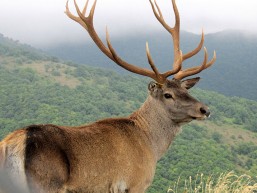 The Caspian red deer (Cervus elaphus maral), is one of the easternmost subspecies of red deer that is native to areas between the Black Sea and Caspian Sea such as Crimea, Asia Minor, the Caucasus Mountains region bordering Europe and Asia, and along the C
More 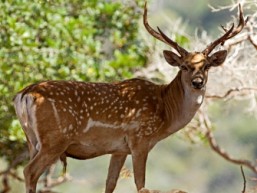 The Persian fallow deer is a rare ruminant mammal belonging to the family Cervidae. Its taxonomic status is disputed, with some maintaining it as a subspecies of the fallow deer, while others treat it as a separate species, Dama mesopotamica, where the Spa
More 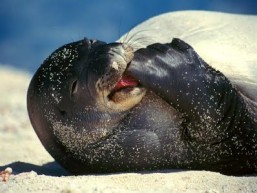 The Caspian seal (Pusa caspica) is one of the smallest members of the earless seal family and unique in that it is found exclusively in the brackish Caspian Sea. They are found not only along the shorelines, but also on the many rocky islands and floating
More 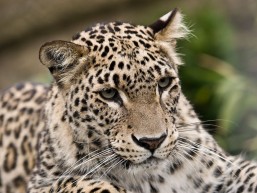 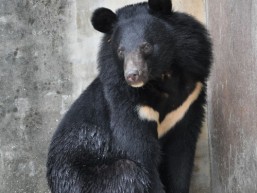 The Asian black bear (Ursus thibetanus) is also known as moon bear and white-chested bear. It is a medium-sized bear species and largely adapted to arboreal life. It is found in the Himalayas, in the northern parts of the Indian Subcontinent, Korea, northe
More

The chukar partridge or chukar (Alectoris chukar) is a Eurasian upland gamebird in the pheasant family Phasianidae. It has been considered to form a superspecies complex along with the rock partridge, Philby's partridge and Przevalski's partridge and treat
More 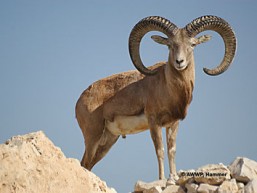 The Laristan Wild Sheep is one of the rarest kinds of wild sheep in the world, living only in Laristan, Fars Province, to Bandar Abbas, Hormozgan. It is also one of the smallest wild sheep and its numbers have sharply declined in the recent decades. There
More 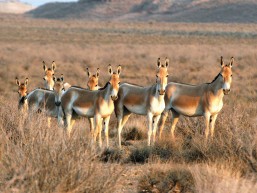