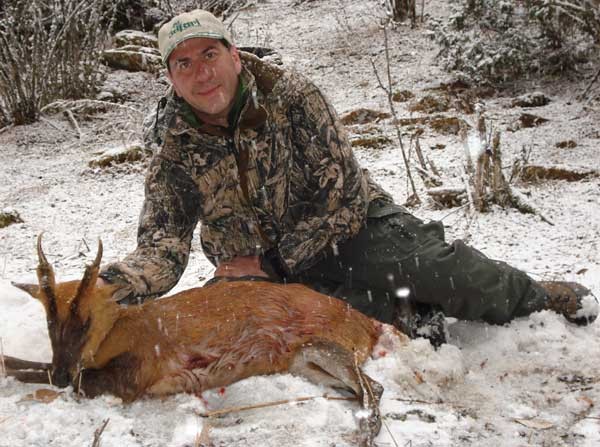 Owing to its geographical position, Nepal experiences a number of variations in climate and geological features, with a consequent abundance of different flora and fauna. The mountainous north has eight of the world’s ten tallest mountains, including the highest point on Earth, Mount Everest, called Sagarmatha in Nepali. It contains more than 240 peaks over 20 000 ft (6096 m) above sea level. Many species that are very attractive for a hunter inhabit Nepal. This hunting paradise was long isolated from the rest of the world. The breath-taking nature of Himalayas offer some of the finest high mountain hunting in the world. Here you can hunt Bharal or Blue Sheep and Himalayan Thar. Spotted Deer, Hog Deer and Wild Boar are also found in Nepal. The climate ranges from subtropical in the south to temperate in the hills to arctic at high altitudes. The monsoon season is from June to September, during which showers occur almost every day, bringing 75 to 150 centimeters (30-60 in.) of rain.

There is also an optional season in December – February, however it could be very cold and it is advised to check with us before making up your decision.