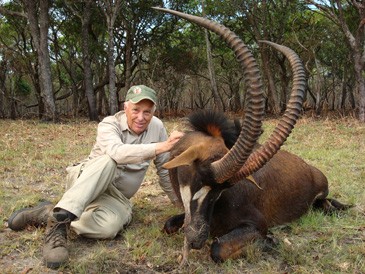 The land of Kilimanjaro, with an area of more than 364,900 square miles, twice the size of California, offers a variety of wildlife habitats and game species unmatched by any other country in Africa.  Wide diversity of altitude, climate, and terrain contrast from the arid Rift Valley of the Masailand in the north, to the fertile subtropical swamps of the Kilombero Valley, to the savannah grasslands of western Tanzania and the Serengeti.   Blessed with five  mountainous areas, lush river valleys and huge expanses of Miombo woodland Tanzania is home to a staggering number of species.   Tanzania also boasts a well-engineered system of game reserves and national parks set aside for wildlife, among these, the largest game reserve in the world,  the Selous Game Reserve is the southeastern part of the country.

Hunting in Tanzania is a must for the serious African hunter. Tanzania offers THE traditional East African safari experience.  A very high level of service, honed in the German and British colonial era, coupled with unparalleled game numbers, give safaris in Tanzania unique character in the hunting world.  Tanzania is the  country so vividly described in the writings of Theodore Roosevelt, Ernest Hemingway and Robert Ruark. Tanzania is perhaps the best choice for a general bag safari today, as well as one of the best countries for lion, leopard, and elephant.  No other country in Africa can challenge Tanzania for huge buffalo and the variety of antelope species is simply incredible.

The Hunting Consortium Ltd, is proud to represent a number of the finest safari operators in Tanzania. The Hunting Consortium Ltd. has owned a safari company in Tanzania and we know Tanzania and all of its famous hunting areas intimately.   Deluxe camps made from stone and other natural materials, or with East African style tents are the rule in Tanzania.  Expert staff providing first class service and excellent meals in remote surroundings characterize safaris in this country.  Some hunting concessions in the Masailand can be reached by vehicle from Arusha, but most others require the use of charter aircraft.