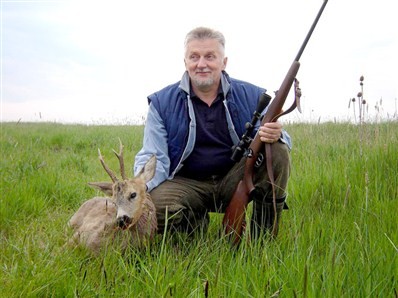 The hunting grounds of Serbia are among the best-known in Europe and the natural conditions are excellent for breeding almost all kinds of game  The many first-class trophys and the world and European champion specimens bred in Serbian hunting grounds – which stretch from the north to the south, from the flat plains of Vojvodina to the unspoilt mountainous regions – are ample proof of this.

Serbia has over 320 hunting grounds spread over an area of 6,500,000 hectares, 90% of which is managed by hunting associations. They comprise 24 enclosed hunting areas and 150 hunting lodges. The Hunting Association of Serbia formulates a price list for hunted gameand the Ministry of Agriculture, Forestry and Water Management determines the start and end of the hunting season. Hunting grounds are run by woodland management teams under the auspices of the state-owned Srbijašume and Vojvodinašume companies, as well as local hunting associations which are members of the Serbian HuntingFederation. High quality hunting weapons are produced in Serbia, too, and exported around the world.

MOST COMMON GAME IN SERBIA

Hunting tourism in Serbia is well-established and has strict rules of conduct, from crossing borders, travelling to the hunting ground, obtaining weapons and ammunition licences and qualified guides, as well as veterinary licences and all other requirements for exporting game. A hunters can hunt and train hunting dogs in hunting grounds only with the mediation of an authorised agency which has signed a contract with the user of the hunting ground. The hunter must possess documentation for hunting weapons, ammunition, optical sights and hunting dogs. Only the species of game listed on the hunting licence may be shot, and with the approval of the qualified escort. Before the hunter can remove the shot game and its parts (trophy, meat, skin) from the hunting ground, he or she must make payment according to the price list of the hunting association.